It is important to discuss the standards of superiority before attempting to determine why lions rule the animal kingdom. What specific traits define an animal as the pinnacle of excellence? Indeed, the standards for perfection change depending on the situation and the person. Therefore, there will be a range of viewpoints on this issue. As a result, we will now address every potential response. I'll explain how the lion came to rule all other beasts. 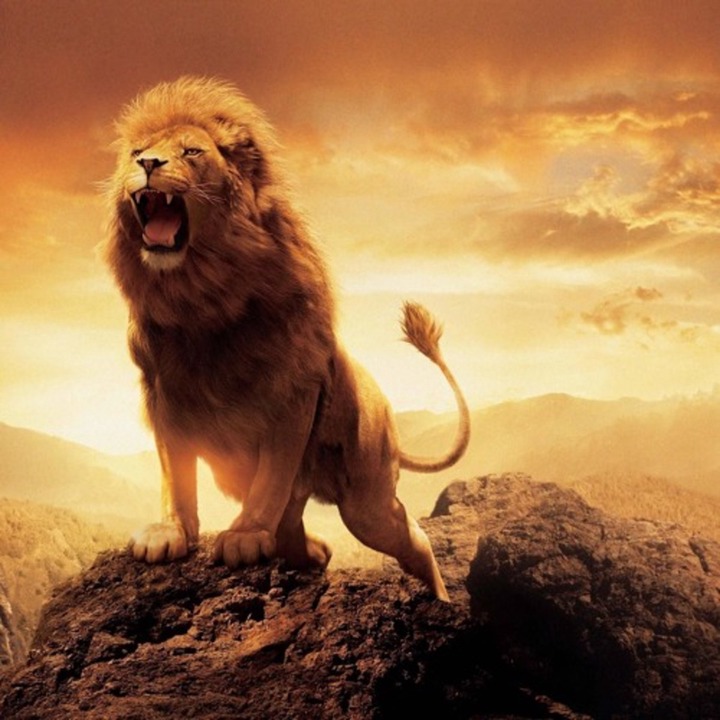 Many people will choose intelligence as the primary standard of greatness. Any animal with advanced intelligence will unquestionably be ahead in the competition for greatness. However, of all the animals, the lion is not the smartest. More intelligent than lions are several forest creatures, such as chimpanzees, monkeys, tigers, and jackals. So, if intelligence were the standard for excellence, the lion would undoubtedly have lagged in the race to become king. Elephants, not lions, have the largest brains among forest animals when comparing brain size.

Of course, body size has a significant impact on how forest creatures behave. But there are animals larger than lions that live in the bush. The physical size of the lion plays a negligible role in its ability to defeat the enormous elephant and take the title of "king of the creatures." In addition, an Asian elephant weighs an average of 4,000 kg, compared to a male lion's average weight of 190 kg. On average, African elephants are heavier. roughly 6,000 kilograms. Therefore, the lion's dominance cannot be refuted by reason of physical size or weight. 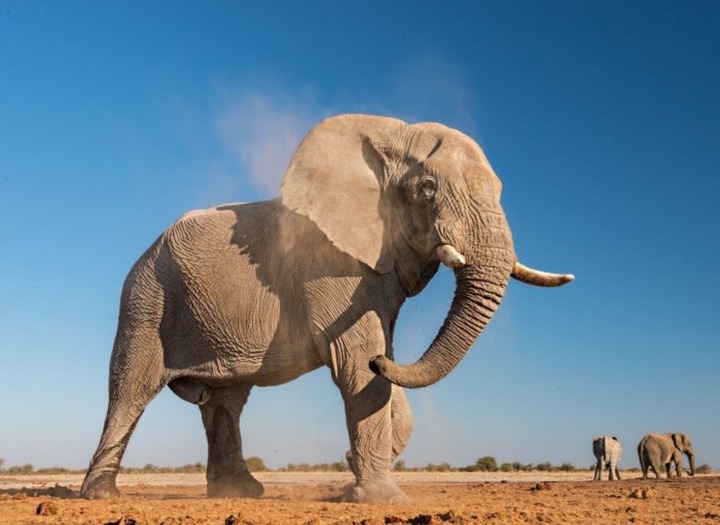 Let's go on to the strength now. Is the lion the forest's toughest animal? Animals like rhinoceroses, elephants, gorillas, and tigers are unquestionably stronger than lions. A tiger can bite 1,050 pounds per square inch, compared to 650 pounds per square inch for lions. Tigers can catch prey up to five times their own weight. However, lions may seize prey that is up to twice as heavy as themselves.

The Gora species of buffalo, which is found on the Indian subcontinent, is the largest in the world. A cow typically weighs 1000 kg. The Royal Bengal Tiger prefers to prey on these buffaloes. In terms of strength, the tiger is superior to the lion. As a result, the tiger will have an edge.

Tiger and lion fights were also scheduled. The King of Baroda in India ordered a battle between tigers and lions at the beginning of the 19th century. He even placed a 37,500 rupee wager on the lion in this battle. The lion, however, was victorious. As a result, the king suffered a significant financial loss. greater by about 16% than a lion

Let's compare some details regarding tigers and lions. Because a tiger's legs are shorter than a lion's, it may crouch down to avoid assaults and keep its balance better because of the lower center of gravity. Tigers are capable of high-altitude attacks and leaping. The tiger can stand on two legs better than the lion, though. The tiger has a larger brain than the lion.

I'll share some fascinating information with you. Even though the lion is known as the "king of the forest," it does not actually reside there. They reside in the Sahara desert's savanna region of Africa. Lion is a general term for the African lion. Some lions, though, can be found outside of Africa. 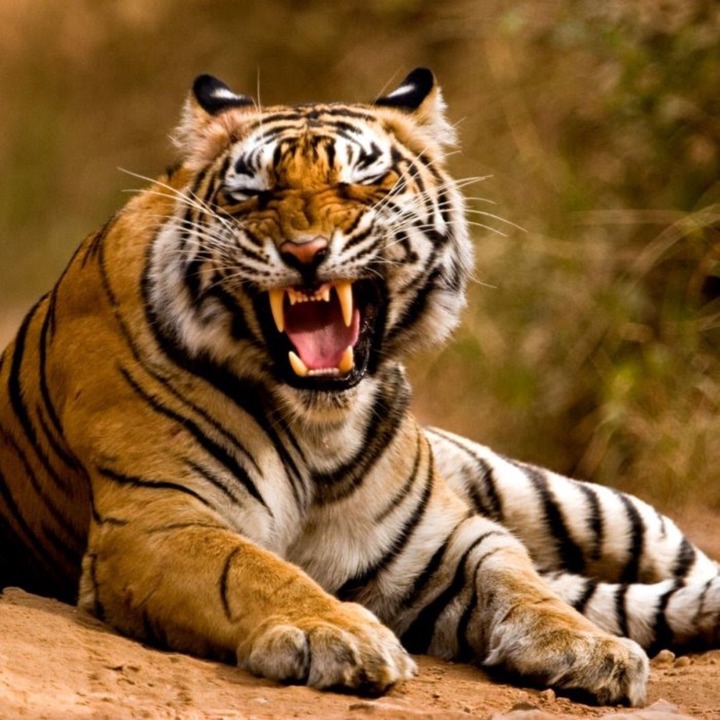 The lion is in the ideal position to rule because of the way it looks. Several times, the saffron that reaches the lion's waist reveals its regal majesty. Without a doubt, the lion looks more regal than any other animal in the wild thanks to the saffron that reaches all the way to its waist. The lion's movement also has a royal quality to it. Without a doubt, a lion's bold look and movement are traits of royalty. In addition, they can be distinguished from other woodland animals by their roars. Each lion's roar can be heard from a distance of around 8 kilometers away. By roaring, lions declare their limits to others. As a result, the roar of the monarch has been crucial in the lion's ascension to the position of king of the beasts. 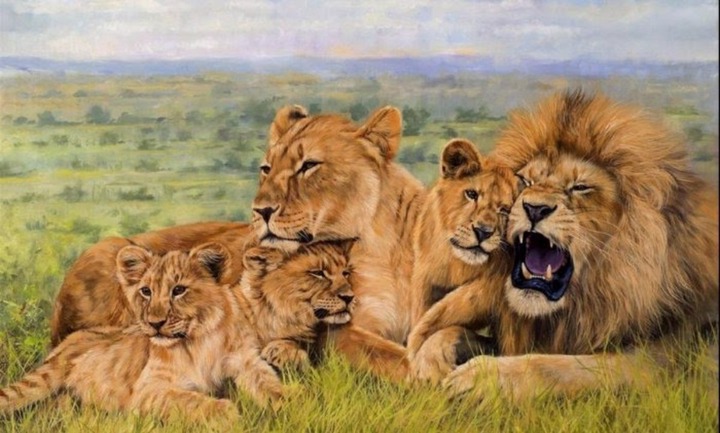 Apart from these, the lions' family system is what has most significantly contributed to them being the king of the beasts. They are extremely social creatures. They differ significantly from other cat breeds. They reside in hordes. Each lion pride is a collection of lions. About 30 lions make up a pride. 3–4 male lions, 10–15 female lions, and the remaining lion pups. Each pride's size is influenced by the availability of food, water, and prey. The group size is larger when there is more prey and water; if there is less, the group size must be kept small.

Pride has a definite area or territory, much like a king has a fixed realm. This area covers an area of around 100 square miles. To guard this territory, the male lions of the pride cooperate. Male lions defend their area by thwarting intruder lion packs. After a certain amount of time, male lion cubs must leave their father's territory in order to establish their new boundaries by invading a new one.

Kings and wealth go hand in hand. Additionally, Lion's Pride demonstrates this. The group's female members often carry out the hunts. But the male lion, who is the pride's alpha, has the first right. The female lions then divide the remaining food among themselves after the male lion finishes his meal first following the hunt.

Tigers do not exhibit such an unbalanced distribution pattern. Tigers rarely hunt in packs, and even when they do, each member has an equal right to the prey. Therefore, the monarchy is undoubtedly supported by this lion family custom.

No other animal in the animal kingdom has this type of royal family structure. From the lion is a powerful symbol of a king's apparel and dynasties, it's possible that since antiquity, monarchs and queens have adorned their royal banners with several lions. Lions are more prominent than tigers on kings' royal flags in places like the Indian subcontinent where tigers are more common and accessible than lions. Perhaps, for this reason, the lion has been known as the "king of" animals from ancient times. 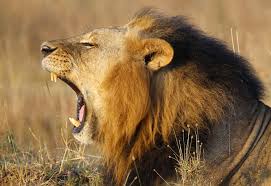 Before I go on, I should mention that unlike Mufasa or Simba from "The Lion King," there is no king among the lions. In pride, every male lion has the same privileges. The subjects of the king are not divided into groups.