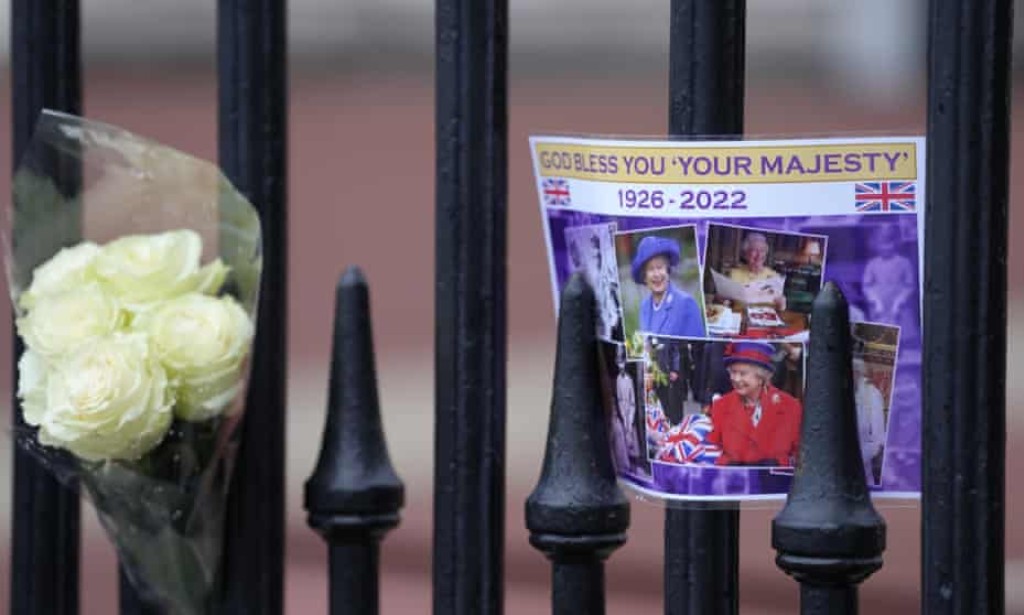 Will there be a bank holiday for Queen’s funeral?

Will there be a bank holiday?

It is understood that there had been no decision on Thursday night on whether there will be a bank holiday on the day of the Queen’s funeral, which is expected to take place in 10 or 11 days’ time.

Government guidance has said, however, that organisations might wish to consider cancelling or postponing events or closing venues on the day of the state funeral as a mark of respect.

This was in relation to sporting, cultural and other entertainment events, although the guidance was that cancellations are at the discretion of organisers.

People involved in planning for businesses and other organisations have long expected that the day of the funeral would be treated as an unofficial bank holiday, with some businesses closed and workers sent home.

The period of mourning begins on Friday and lasts for 10 days. It is thought the funeral could be held on Monday 19 September.

Those in the public and private sector involved in planning their organisation’s response to the Queen’s death are expected to be flexible and give employees the day off if they are particularly upset.

What will happen during the period of mourning?

The government has released guidance saying there is no need for

businesses to close or sporting events to be cancelled during the

It added that some business owners and event organisers may wish to consider closing or postponing events, especially on the day of the funeral, depending on the nature and tone, but there is no obligation to do so.

The London Stock Exchange opened as normal on Friday morning following the Queen‘s death, while other business, and daily life in general, has continued to a relatively normal extent.

The Department for Education has said schools and colleges in England should remain open as normal during the mourning period.

In a message to principals and heads, the DfE said it would issue further guidance after details of the funeral are confirmed by the royal household.

The DfE said: “Schools and further education settings should remain open. While normal attendance is expected, headteachers continue to have the power to authorise leaves of absence for pupils in exceptional circumstances.”

It said schools may want to “consider conducting special activities, holding assemblies or adapting planned lessons” to commemorate the Queen’s life during the mourning period.

Will trains be running?

Rail strikes planned for the 15 to 17 September have been called off.

Preparations are under way for what is expected to be potentially unprecedented pressure on the transport network in London as large numbers of people converge on the capital in the days before the funeral.

Government memos obtained by Politico in 2021 warned of a worst-case scenario in which London became “full” as mourners flocked there, with accommodation, roads, public transport, food, policing, healthcare and basic services severely stretched.

As well as possible extra services being provided, visitors to London will see tributes to the Queen at stations, commemoration pictures and also, potentially, travel ambassadors helping people as they go about their journeys.

Will events be cancelled?

Sports have been told there is no obligation to cancel events but this weekend’s Premier League and English Football League fixtures have already been postponed.

Similar plans have already been announced or are expected in Scotland, Wales and Northern Ireland.

In other sports, organisers of the PGA Championship golf also suspended Friday’s play. This weekend was due to have been the opening of the Women’s Super League and the Premiership Rugby season.

The Great North Run is due to take place on Sunday and its organisers said on Friday that it would go ahead. A statement posted on Twitter said: “Whilst we want runners to enjoy the day, we encourage everyone to be mindful of the very special circumstances in which the event will be taking place.”

The move was welcomed by many, including by those who pointed out that the run raised a large amount of money for charity.

Sports event organisers from across the UK were involved in a call with government on Friday morning, where they were advised they may wish to cancel anything scheduled for the day of the Queen’s funeral.

The BBC has announced that both Friday and Saturday’s Proms have been cancelled while the TUC has postponed its annual four-day congress, which was due to be held in Brighton from Sunday.

Race meetings were halted on Thursday while the British Horseracing Authority said on Friday that cancellations would extent to Saturday and that decisions would be made in due course about other events during the mourning period.

Most shops are expected to remain open, though some will close on the day of the funeral, particularly those close to the route of the procession