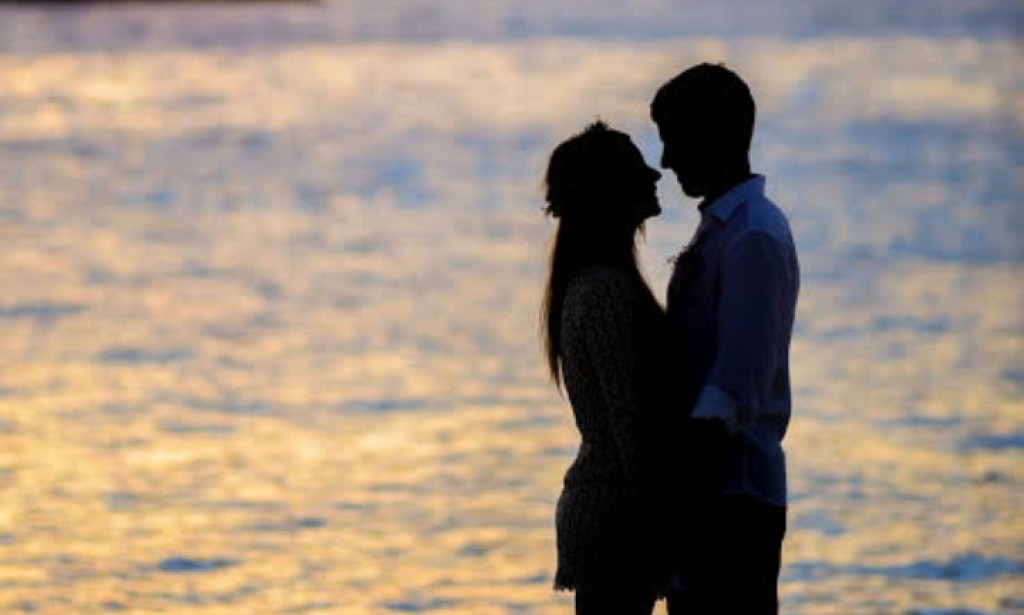 YOU ARE ♥️ ONLY MY LOVE:

It was a beautiful evening,when Radhe (radhik chouhan) was sitting on the beach and and watching waves of sea.Lost in his own world ,he was just watching the rising and falling waves of the sea.whenever he was looking for peace if only he would have come here .The peace of his life,a few moments of peace.

Only then he realized that some voices were coming from behind. When he turned around, some boys were troubling a girl. The girl's back was towards Radhe! He was wearing a red and white Patiala suit. His hair was kept open! which were coming up to her waist and she was retracing her steps slowly  and those boys who were a total of 5 boys, had almost surrounded that girl.

Radhe moving towards those boys said;- "What is all this here?

Those boys said without looking at Radhe,;- "Get out of here, whatever happens here! You should have nothing to do with it!"

That's why 5, 6 men were coming forward from behind, that Radhe stopped them with a hand gesture.

A boy was standing just in front of the same girl.  He had just extended his hand towards the girl's dupatta when Radhe caught hold of his hand.  Then the eyes of those boys fell on Radhe, who was angrily staring at them.  As soon as they saw Radhe, it was as if they all lost their nerve.  Everyone retraced their steps except the boy whose hand Radhe was holding.  His lips were as if sealed, not even a single word came out of anyone's mouth.  Radhe took a look at everyone and Radhe released the boy whose hand he was holding and gave a strong punch to his face!  That boy fell down taking all the other boys who were standing behind him along with him.

Radhe went close to her and bowed towards her and said softly - "If you wander around this girl or any other girl, you will not be able to wander anywhere."

Those boys quickly shook their necks in no and disappeared from there.🤣🤣

Radhe turned back towards the girl. The girl looked at Radhe for a glance, then bowing her head down, the girl slowly said to Radhe! " thank you so much!" Saying that the girl left from there with fast steps.

And our Radhe Bhaiya, lost in that first look of that girl and that sweet voice of her, were still looking ahead and they did not even realize that! In whose voice she is lost, she has long gone from there,

Just at that moment Radhe's attention was broken by the sound of a gunshot.

Radhe looked back. So a middle-aged man was standing behind Radhe with a gun, and that man was surrounded by many men, all of them were Radhe's people, they had a gun in their hands and their target was the same man whose target But Radhe was still standing.

Radhe started growing closer to that man! There was no sign of fear in his eyes.

The man's hands were trembling badly, yet he did not lower his hands, Radhe stood right in front of him.

Seeing Radhe in front of him, the man started saying, "Why? Why? Why? "Why did you kill him? Tears were continuously flowing from the man's eyes.

Radhe, in a soft voice,;- "Your son was killing people! He was selling poison to college kids! He was explained, but he didn't agree, it was his fault."

The gun fell from the man's hand, and he cried out, "No, that can't be happening! My son can't do anything wrong!" Saying this, the man knelt down and tears started flowing from his eyes, because inside, the man himself also knew that it was his own son's fault!

Radhe bowed down and picked up the man, wiped his tears and asked one of his men to drop the man at his house.

And himself went towards his car and left from there sitting in it.

(So ​​let's introduce you to him! This is Radhe😎😎! His full name is Radhik Chauhan and his only work is to do the right thing but his method remains wrong, because of this many people also know Radhe by the name of Radhe Bhai. And his name is also one of the well-known business man of Mumbai city, say Radhik or Radhe name is enough Six feet height, fair complexion, light beard, dark black big eyes attractive personality and smile,Dimple falling on the face of time! Makes them very attractive. Now talking about his family, he has only one younger sister (Ruchika Chauhan aka Ruchi) in his family! The one who is mentally ill, but Radhe's life resides in him.)

After escaping from all those boys, that girl went towards the house, after some time she was in front of a house, even though the house was small, but it was decorated very beautifully.

As soon as the girl stepped into the house, a shrill voice fell on her ears, "How has it taken you so long? You were told to go to the nearest market only! Where were you blackening your face till now?"

Tears came in the eyes of that girl after hearing such a bitter thing, but she did not let them flow, but she definitely wanted to say something, but as soon as the same voice rang in her ears again, her words got stuck in her throat!

She stays at home, she doesn't even step at home and her tantrums are different!" Saying this, she went very close to that girl and without thinking anything, she slapped the girl's cheek. She staggered a little and Only one word came out of the mouth, "Aunt!"

Aunt,:- "You were given a job somewhere! You could not do that too! I had sent you to bring goods from the market, where are you? Where were you celebrating for so long?"

The girl in a low voice ;- "Aunt, that's me!" She was able to say only this much, that her aunt gave her another slap on the cheek.

Aunt angrily;- "Keep your dirty tongue shut and go, all the work is done in the kitchen!"

That girl didn't say anything and quietly moved towards the kitchen.

🥰🥰(Now let's meet our next character, her name is Dyuti! Dyuti Sharma was lovingly named as Dyuti by her parents, because only after the arrival of Dyuti, the light of happiness in their life was scattered, but this happiness was probably due to God. did not like it and took away the happiness of dyuti as well as Dyuti's parents! By taking away her parents from Dyuti forever! Dyuti was only 10 years old! When her parents left her forever,Dyuti's grandparents, who brought her along with them, had started living separately after her paternal grandfather passed away. His uncle and aunt used to pamper him a lot outside the house, but at home his aunt's attitude would have changed. At first Dyuti could not understand anything. But slowly he got used to all this. Her aunt allowed her studies to go on as well as kept her pressure on her, but even after so much trouble, Dyuti never blamed her Kanha ji, Dyuti is a 19-year-old dusky very simple girl. Who had no understanding of worldliness at all, his height is about 5" 7, long hair and light brown eyes,

She had only one friend, Julie! The one who lived in her neighborhood, the companion of her happiness and sorrow, who understood her sorrow very well, but she could not do anything.)

Dyuti finished all her work and went to her room, straightened herself, and went straight to the terrace, where Julie was already waiting for her.