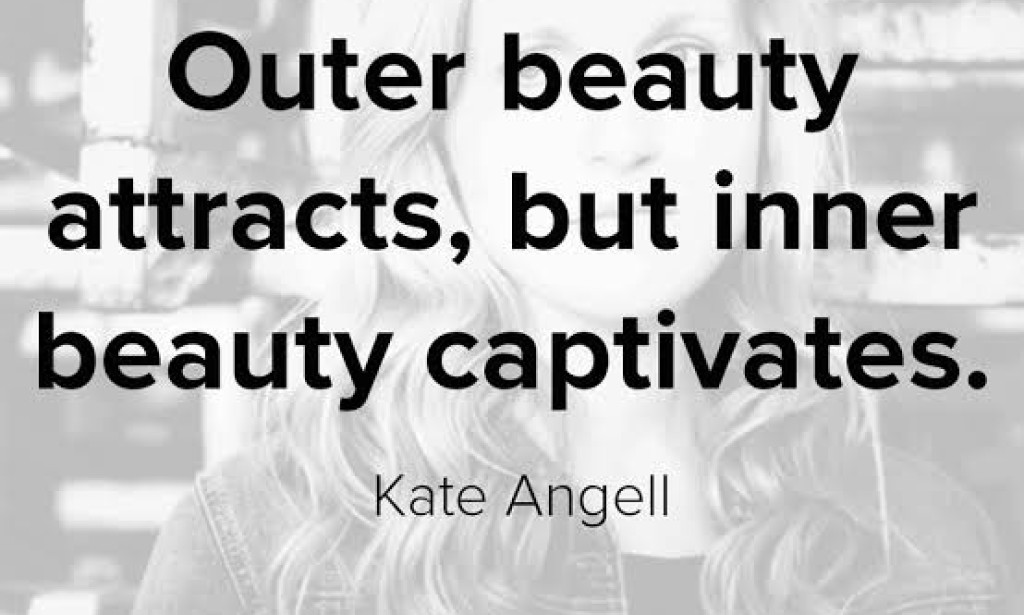 Beauty is a good thing, and the car industry has given us its fair share of lookers. Think Alfa Romeo 8C, Aston Martin DB9, the current Volvo S60, and Kia Optima, just to name a few. But, some of these beautiful cars simply deserved better! On this list (not a ranking), I will be talking about 10 cars which I think had brilliant, seductive designs but were let down by factors such as poor reliability, mediocre interior quality, bad timing, or just lack of brand recognition since brand loyalty also plays a vital role in sales.

1. Maserati Ghibli.
In2014, Maserati resurrected the Ghibli name, as a 4-door luxury saloon. In terms of design it put its rivals, the BMW 5 Series, the Mercedes-Benz E-Class, and the Audi A6, to shame. So, what is it doing on this list then? Well, the interior quality just wasn’t all that good, and even worse, initially it was devoid of modern tech features like a 360 degree camera system, blind spot monitoring, and auto emergency braking, among others. Its cheaper rivals with arguably better quality interiors had those features. Famous YouTube car reviewer, Doug DeMuro, named the Ghibli the worst car he reviewed in 2017 for those reasons.

As for me personally, I think most modern car tech features are gimmicky, including lane departure warning, head-up display, 360 degree surround view camera, night vision system, and lane keep assist. Modern cars have little to no buttons, knobs and switches, in their place are screens everywhere, with the idea being that it frees up interior space and you can view various types of information. My question is always whether people actually drive around scrolling through menus in real life. Like, does anyone actually configure information displays on their daily commutes? Nevertheless, a car being loaded with tech just gives a sense of quality; a sense that the people behind it cared; a sense that it’s worth the price. In a nutshell, the Ghibli deserved more!

2. Fisker Karma.
Having designed cars like the BMW Z8 and Aston Martin DB9, Henrik Fisker has quite a crafty hand, and his very own Fisker Karma just cements that. The sleek, low-slung design is normally the ingredient of a sports car, but this has 4 doors. But, that sloping roofline came at the expense of rear head room, and foot room wasn’t exactly big either. In terms of engineering quality, consumer reports haven’t been nice to it, and for good reason.

3. Volkswagen Arteon.
This is the odd one out, because unlike the other cars on this list that were let down by bad engineering, poor reliability, or lack of brand recognition, Volkswagen had it all right in its grasp. Volkswagen is one of the largest car makers in the world; they are renowned for building affordable, reliable, well-put-together cars for the masses. In South Africa, the Volkswagen Polo is widely known as “Nami ngiyasebenza”, which is Zulu (one of the 11 official languages, and the most widely understood) for “I am also employed”. This is because they are everywhere; when a youngster buys their first car, about 7 out of 10 times (not factual, just based on observations) it’s the Volkswagen Polo, hence the nickname. I got curious because it isn’t even the cheapest car in the country, so I asked people who actually own it, and they all replied that it’s because of its great fuel efficiency. Buying a car is easy, but the long run ownership costs matter more.

As for the Arteon, the art part of the name becomes immediately apparent the moment you glance at it; the sloping roofline, the curves, the frameless doors. The car had it all; well-put together, reliable, gorgeous, and Volkswagen’s strong brand recognition; so why is it on this list? Well, bad timing! Sports utility vehicles (SUVs) are all the rage now. You know there is something big at play when car makers renowned for their low-slung exotic sports cars make an SUV; that’s just where the market is these days. Lamborghini has an SUV; Aston Martin has an SUV; Maserati has two SUVs, Alfa Romeo has two SUVs; Porsche has two SUVs; Ferrari is working on an SUV as we speak. The Arteon just wasn’t selling well for this reason, no wonder it was cancelled in South Africa after just a year on sale. This is a real shame, because that design was just on a different league!

4. Jaguar XE.
Jaguar is like that kid who sweats blood just to be on their parent’s good books, but just doesn’t get an equal amount of love as their sibling. To my eyes, Jaguars are better looking than their equivalents from BMW, Audi, and Mercedes-Benz. The XE came out in 2015 and in terms of styling, I think it wiped the floor with the BMW 3 Series, the Mercedes-Benz C-Class, and the Audi A4…. more especially with the sporty trim level. And, it had a beautiful, luxurious interior! So, you would think people would be enticed by that, but you just don’t see them around.

Auto Trader made a YouTube video titled "Is Jaguar Heading For Extinction?" and one of the highlights was how the XE in particular, failed to meet Jaguar's sales targets. In South Africa, it cost more than all its equivalents, and for a car with a cramped rear, from a brand that isn’t exactly known for reliability and just doesn’t have as strong brand recognition as its German rivals, that was a tough sell. I think it’s a real shame that we rarely ever see such gorgeous cars on the road.

5. Lamborghini Reventon.
I honestly believe that this is the absolute coolest car ever made. Because, while I have known about it for over a decade now, I still look at it and shed a tear of amazement, wondering how they pulled off such a jaw-dropping design. Exhaust pipes emit gages from the engine, so they should be nothing special, but Lamborghini turned the outlets into a stylish element; then you got the side vents that when open, add to the car’s unrivalled level of stance; from every angle the car is just intoxicating with all its sharp edges. The design was actually inspired by a jet fighter, the F22 Raptor, and knowing that is just so satisfying on its own.

So, why is it on this list? Well, it was based on the Lamborghini Murcielargo! In simple terms, the skeleton was that of the Murcielargo, the Reventon was just a different body. And apart from the aviation-inspired digital gauge cluster, the interior was identical. The engine was identical, too! And, it cost over U$D1 million; the Murcielargo it was based on didn’t even cost half of that. Despite only 35 being built (20 coupes and 15 convertibles), the values have stayed relatively the same. That’s unheard of in ultra-limited exotic sports cars! It was made even worse in 2011 when Lamborghini introduced the Aventador, which was only slightly more expensive than the Murcielargo and whose styling was inspired by the Reventon; it was faster and more powerful, and had better tech. Because of all this, people just don’t think the Reventon is worth it, the fact that values haven’t really been going up is proof of that. Of course, I wouldn’t afford it even if it cost $10 000, but it’s a real shame that such jaw-dropping styling went down the drain.

6. Kia Stinger GT.
Kia is a mainstream car maker, renowned for the same things Volkswagen is. So, one day, the guys at Kia decided to test the waters by building a car to appeal to car geeks, named the Stinger GT. Calling its styling seductive is a bit of an exaggeration, but many (including myself) were appeased by it. The performance was on par with the BMW 340i, the Audi S5 Sportback, and the Mercedes-AMG C43. Bravo Kia, bravo!

So, why is it on this list? Well, two things: pricing, and the SUV rage. It was priced like the already mentioned cars, and those were from established, premium makers; and that’s just a tough sell for a Kia, even one with quad exhaust pipes. As for the SUV rage, it is what it is! With every other body style, you can only convince the minority, and that’s the last thing you need as a mainstream car maker.

7. Aston Martin Rapide.
Back to Doug DeMuro, he has a car rating system that he calls the “DougScore”, and one of the categories is styling, in which no Aston Martin model (apart from the 1970s-80s Lagonda) has ever scored less than an 8 out of 10, some having scored a perfect 10. This is because while looks are subjective, Aston Martin just knows how to design gorgeous cars; I have never heard anyone bash the styling of any Aston Martin. The Rapide is no exception, and it has 4 doors.

So, why is it on this list? Well, Aston Martin focused too much on making it gorgeous that they forgot about the sole purpose of the car: practicality. While it had 4 doors, both foot and head room were just too small; many car journalists complained about this. Others even complained that while it had the finest quality materials, like every other Aston Martin, it just wasn’t as luxurious as its rivals, including the Mercedes-Benz S65 AMG and Bentley Flying Spur. As for me, I think it’s the second most beautiful 4 door car ever made, only second to BMW’s M6 Gran Coupe. But even with that, it deserved more practicality and more competitive pricing.

8. Mercedes-Benz S-Class Coupe.
Mercedes-Benz is a name that needs no explanation, and the S-Class has dominated the luxury saloon segment for decades now. To beat it, you need to be for the 1% of the population, like Rolls-Royce. In 2015, they introduced a coupe version, and the design spoke for itself; it is just gorgeous. The car has a level of presence that you just don’t experience every day. But, sales have been slow! No, it isn’t a Toyota Corolla, but the SUV rage is the main reason for the drop in sales, because even the much cheaper C-Class coupe hasn’t been a huge money-maker.

9. Polestar 1.
Starting with the redesigned XC90 in 2014, Volvo has been making in my opinion some of the best looking cars on the road. And it isn’t just on the outside; their interiors have been highly praised as well. The Swedish car maker has a classier brand, Polestar, and they gave us the 1, since it is their first car – a big luxury coupe. In terms of styling, I think it’s Volvo’s best work yet. It is gorgeous! But, the 2.0 litre 4 cylinder engine, as powerful as it is because of electric assistance, is off-putting. It’s a real shame that such a gorgeous car has such an uninspiring powertrain.

10. Alfa Romeo Guilieta.
Alfa Romeo has never ceased to amaze us with car design. Think the 8C, the 4C, the 159, the Brera, the Guilia; the list is just endless. Noisy, low-slung exotic sports cars are the reason why I’m a petrolhead, but I did like the Guilietta because Alfa Romeo did that Britney Spears moment of “Oops…. I did it again!” yet again. I say this because it was a boring, small family car, which are cars I’m not normally interested in. It isn’t dramatic, but not dreary either; the curvy lines all combine to one beautiful little car. But, despite it being an affordable car for the masses, it’s a rare sight here in South Africa. Alfa Romeo suffers from the same problem as Jaguar: brand recognition. And as for the Guilietta, the SUV rage, yet again!