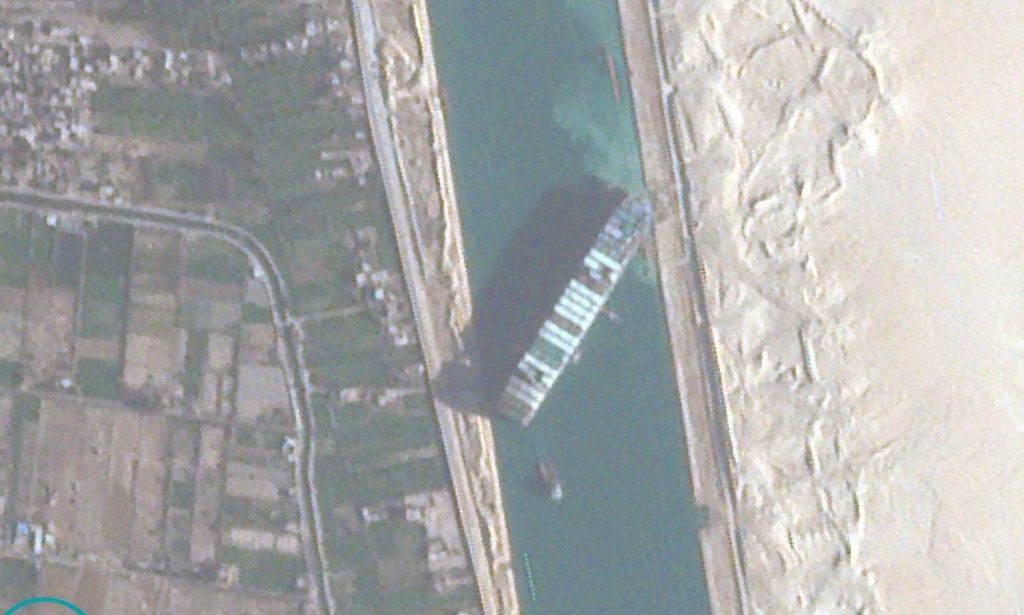 A little more than a month after it departed Egyptian waters, the giant container ship Ever Given, which blocked the Suez Canal for six days last March, has crossed the northern entrance of the canal once again, near the Mediterranean city of Port Said.

Online maritime tracker Vessel Finder showed that the ship is currently moored at the Port Said entrance of the waterway waiting to be piloted through the canal.

This time, the 400-metre Ever Given is heading in the opposite direction that it was heading back in March when it ran aground and halted maritime traffic through the vital waterway. The incident caused millions in revenue losses for the canal’s authority as well as private shipping companies whose vessels either had to wait at mooring stations or make the longer and more expensive journey around the Cape of Good Hope in South Africa.

The Panama-registered vessel had been moored at Rotterdam since its departure from Egyptian waters on July 7.

After the ship was refloated in March, it was detained at the Great Bitter Lake, halfway through the canal, pending a legal dispute between the canal’s authority and the ship’s owners over the compensation sum for the blockage, the resulting loss in revenue and damages sustained to the canal.

The container ship then headed to Rotterdam where it remained until August 2, when it began its journey back to go through the canal. It also made a stop in Malta, Vessel Finder reported.

The National reached out to the canal’s authority, but it refused to comment on the matter.

The ship left Egyptian waters at a ceremony held in July in the Suez Canal city of Ismailia, where the compensation contract was signed between canal officials and the ship owner’s legal team.

Though the compensation sum was never officially announced by the canal’s authority, which is characteristically tight-lipped about the inner workings of the waterway, The National received confirmation that it had received $540 million in compensation.

The canal’s authority has been undertaking an ambitious plan to revamp the canal by adding new mooring stations and more technologically advanced equipment to help ships navigate the canal more efficiently.

Furthermore, the canal’s authority has announced plans that it will be dredging a second lane in the famed waterway, many portions of which remain single-lane. The introduction of a second lane will ensure more ships are able to navigate the canal at once in addition to making it easier to deal with any vessels that run aground.