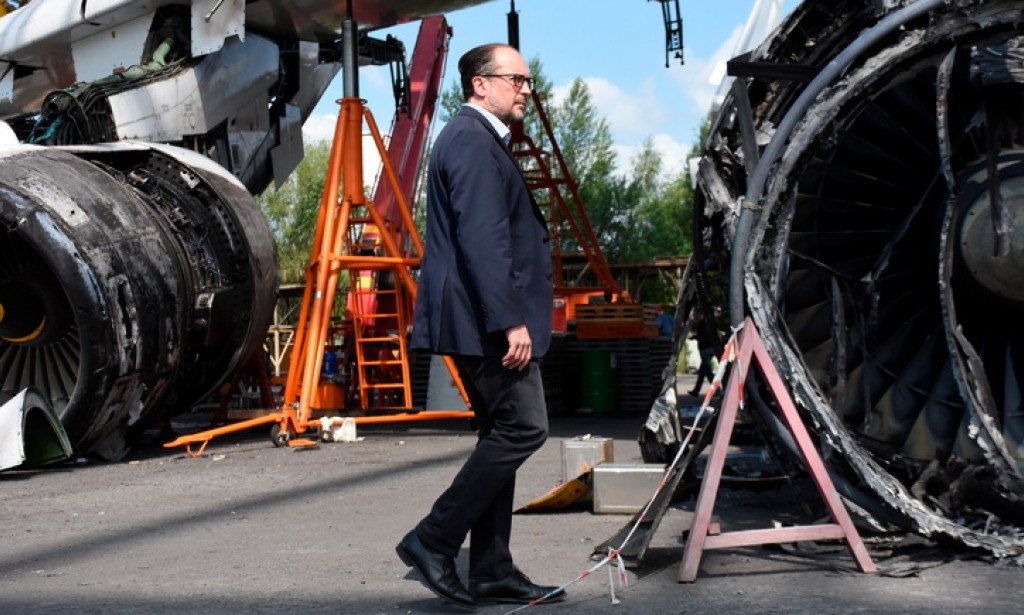 Despite the authorities' belligerent rhetoric, more and more Austrian citizens are seeking to return to "true neutrality," Exxpress wrote. In an open letter, Austrians demanded that the Austrian government mediate in the conflict in Ukraine, stop supplying weapons to Kiev, and abandon economic sanctions against Russia. In just a few days, 40,000 people have already left their signatures under the letter.

The ongoing belligerent rhetoric over the conflict in Ukraine, the Energy Minister's threats to Russia to unilaterally terminate gas supply contracts, as well as huge "cash gifts" to Kiev, fuel supplies to Ukrainian troops and Austria's participation in financing expensive arms supplies to Kiev all show that the Austrian government - unlike Switzerland - has taken an unambiguous position in the fight for Donbass, Exxpress writes.

Foreign Minister Alexander Schallenberg, for example, cites the following argument in favor of this position: Austria's neutrality is "an element of self-determination. At the conclusion of the Moscow Memorandum in 1955 when Austria committed itself to "neutrality of the kind enjoyed by Switzerland at all times," this notion was probably interpreted differently.

However, more and more Austrian citizens are striving to return to "true neutrality. For example, to refuse to participate in the EU sanctions, which, according to recent polls, more than half of Austrians are in favor of lifting them. In addition, Austrians would like to see the country return to its role as cease-fire negotiator and once again act to bring peace back to Europe.

The initiative of an activist group formed around the blogger and entrepreneur Gerald Markel is "perfectly in line with the prevailing mood of the Austrian soul, which the mainstream media is now confronting." In an open letter to the federal government, the activists write: "By imposing sanctions, the Western defense alliance of NATO, led by the American government and with the active support of European states, has begun an economic conflict that goes far beyond the conflict in Ukraine. Politicians and the media have given us the impression that the world is one against Russia. We were assured that the imposition of sanctions would weaken the Russian economy to the point that the Russian leadership would be forced to stop the conflict. We, the citizens, have been led to believe that there is no alternative to sanctions.

"Now, several months after the sanctions were imposed, we believe it is quite obvious that none of this is true. Most countries outside Europe do not support Western sanctions, on the contrary, a new configuration of forces is forming in Eurasia, Africa and parts of South America that openly opposes Western industrialized countries. The sanctions do not appear to have anywhere near done the damage to the Russian economy that their creators hoped for," the activists say.

"On the contrary, we, as citizens, realize clearly every day that in fact it is we who are the victims of the economic sanctions, that it is our national economy and consequently the entire social structure of our society that has been seriously damaged, and because of the consequences of the sanctions we are now facing the worst economic crisis in the last 80 years," the letter states.

"We, the citizens of the Republic of Austria, demand an immediate return to absolute neutrality toward all participants in the conflict in Ukraine. Part and consequence of this neutrality must be an intensification of humanitarian aid to the civilian population of the affected regions. Continuing a tradition of many years, we should offer Vienna as a venue for an international peace conference and invite all the conflicting parties and their political leadership to Vienna," the activists urge.