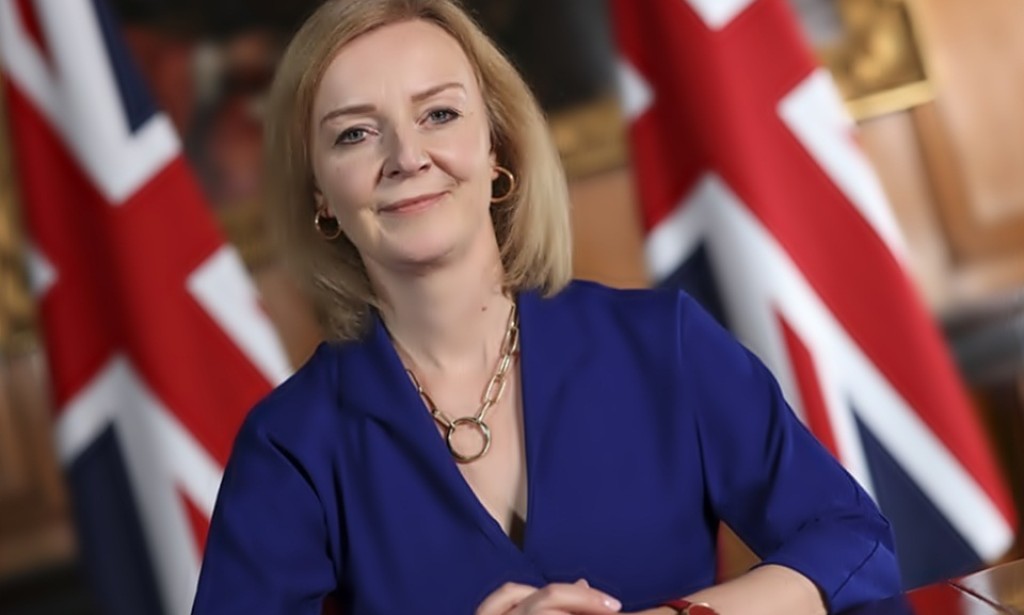 ENGLAND — Following her victory as the head of the ruling Conservative Party on Monday, Liz Truss won the election to replace the scandal-plagued Boris Johnson as prime minister of the United Kingdom.

Truss, 47, who served as foreign secretary, was unquestionably the front-runner. She won by appealing to the right-wing party faithful as a candidate who would lower taxes and be tough on interactions with the European Union after Brexit.

As well as long-term concerns about the deterioration of its beloved public services and its standing as a world power following Brexit, the nation she inherits is dealing with a severe winter energy crisis, numerous strikes, and an economic slowdown. In the two-month long fight for the party's leadership, she defeated Rishi Sunak, a former chancellor of the exchequer and finance minister, by a margin of 57% to 43% in the decisive runoff.

That is a narrower margin than predicted by polls and maybe what her fans had hoped for.

She will be named prime minister by Queen Elizabeth II on Tuesday at Balmoral Castle in Scotland, breaking with custom for the ailing monarch who has traditionally carried out the royal duty in London. As the head of the nation's largest party.

At an announcement ceremony in the capital, Truss made light of the protracted leadership contest by calling it "one of the longest job interviews in history" while speaking to a gathering of Conservative activists and politicians.

After Theresa May and Margaret Thatcher, she will become the nation's third female leader as a result of her triumph.

After six months of escalating controversies culminating in a critical mass of his own MPs deserting him, Johnson announced his resignation in July.

The majority of Britain's 67 million inhabitants had no voice in Truss' election. Instead, she was picked by the 180,000 party members, who are 97% white, disproportionately older, rich, and male, and lean to the political right in Britain. Truss was the preferred candidate of her party's members despite the fact that she did not appear to have great popularity among the general public or among parliamentarians from her party.

The next general election could not occur until early 2025; as a result of the controversy surrounding Johnson's ouster, surveys show that the opposition Labour Party is far ahead of the Conservatives.

In a videotaped message, Labour leader Keir Starmer praised Truss and said, "The change we need in Britain is not a change at the head of the Tory party," using the Conservative Party's illustrious past moniker.

The nation's cost-of-living issue, including soaring food and energy prices (home gas and electricity bills are expected to quadruple), concerns about blackouts this winter, and inflation that has caused real earnings to decline, will be Truss' top priority. Numerous small businesses have stated they would close their doors unless the government takes action, and millions of individuals may have to choose between heating their homes or providing for their families.

This week, Truss has vowed to make a decision about the matter. She promised tax cuts in her acceptance speech and promised to address the energy situation.

But because her party is strongly divided over how to handle the situation, doing so is made twice as difficult.

According to Anand Menon, the head of the U.K. in a Changing Europe think group, Johnson put together a wide coalition that was united on one topic – Brexit. That broad spectrum includes both party newbies from the historically Labour-voting north, who normally support more investment in public services, and longtime middle-class Tories in the southern countryside who may prefer a small state and lower taxes.

It will be difficult since the party is so divided on the main subject that the public cares about right now, according to Menon. "The economy is the only thing that matters."

Truss, a political chameleon whose detractors label her as opportunistic and supporters claim has been nimble and pragmatic enough to adapt her views, is attempting to bring those factions together.

She was born in Oxford, the daughter of a math professor and a "left-wing" nursing mother. She backed the moderate Liberal Democrats when a student at Oxford University and promoted ideas like ending the monarchy and outlawing nuclear weapons.

After she converted to the Conservatives, she was elected to Parliament in 2010 following multiple unsuccessful efforts.

In the Brexit referendum in 2016, she cast a vote for staying in the EU. That put her on the losing side of a political and cultural conflict that has persisted ever since, which is the liberal side. She has subsequently changed her allegiance, frequently exhibiting the convert's enthusiasm that appears to have persuaded the party faithful.

Outside the central London conference centre where the outcome was revealed, 52-year-old Andrea Andino was wearing a "In Liz we Truss" T-shirt and said, "She's loyal, she's honest, and I'm confident she'll do what she said she would provide, and I trust her 100%."

She has made an effort to further bolster her right-wing reputation by copying the contentious Thatcher, dressing similarly, and posing for pictures in a tank.

Few, if any, analysts consider Truss to be a professional orator, and among detractors, she has earned a reputation for being highly prepared but prone to mistakes. Even while many on the right acknowledged it was time for Johnson to step down, she quickly emerged as the favoured and obvious choice to follow him.

She referred to Johnson as "my buddy" during her Monday address in praise.

Truss "has the proper strategy to confront the cost of living problem, unify our party, and continue the wonderful job of uniting and levelling up our country," Johnson promptly said on Twitter.

Truss served as the minister of the environment, justice, and foreign trade before most recently serving as the minister of foreign affairs, which gave her the chance to hone her no-nonsense image in negotiations regarding Brexit and Russia's invasion of Ukraine, where Britain has been a crucial and valued ally of Kyiv's defensive fight.

With Truss in charge, that is unlikely to alter, but her attention will most likely be on the domestic issues that come with her promotion to the top position.