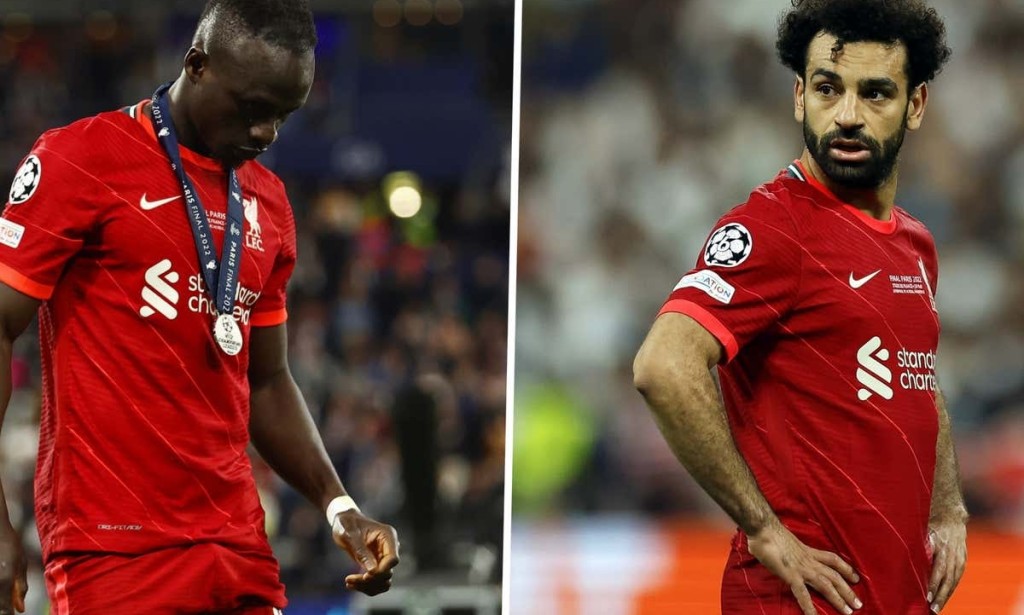 Liverpool's decision to let forward Sadio Mane sign for Bayern Munich is affecting their performance in the Premier League, including that of Mohamed Salah, according to a cross-section of fans on social media.

The Reds dropped vital points after battling to a 0-0 draw against Everton in their sixth fixture of the 2022-23 campaign at Goodison Park on Saturday. The outcome has seen them manage nine points from six matches.

They have registered two wins, three draws and one defeat. Saturday's result also saw Salah finish without a goal in his last three matches.

The 30-year-old Egypt international, who managed 23 goals from 35 appearances last term, has only scored two goals from six matches this season.

He last found the back of the net in the 2-1 defeat against Manchester United on August 22, while his first came in the 2-2 season opener against Fulham.

Fans have discussed Liverpool's run, insisting the exit of Mane, who signed for the Bundesliga giants at the start of the campaign - having scored 16 goals from 34 appearances last season - is affecting the Anfield outfit.

They have further blamed Salah's lack of goals of late on the Senegal international's departure.

“Liverpool are paying the price for letting Mane go," @libpool1892 opened the debate on Twitter while @gyaigyimii opined: "Sadio [Mane] was the engine of the Liverpool attack."

@deejay_barony added: "Liverpool will forever bleed without Mane," while @kwadwoskillful said: "When we say Sadio Mane was the spirit and soul of this Liverpool team their fans will disagree now we’re all seeing it, Mane carried this Liverpool team all along."

"Without Mane Liverpool is just walking alone," added @TORNADOZW and his sentiments were echoed by @MrRightke, who wrote: "Liverpool with Mane couldn’t be struggling like this, they really lost a gem."

This group fans believe the exit of the Lion of Teranga has started to expose Salah's shortcomings.

@Mbahdeyforyou explained: "The departure of Mane really exposed Salah while @Tobexy123456 wrote: "I just believed Mane made Salah who he was today no doubt 100%."

"We need to talk about how bad Salah is without Mane, Mane was carrying this guy," said @Dangerousgroun2 while @lfcfever007 said: "Technically competition from Mane was bringing best out of Salah... now Mane is gone, Salah looks like a player who is going to retire soon."

@CoachOpeele explained: "For once, let's accept Sadio Mane made Salah at Liverpool," adding: "When Mane was not Salah teammate in Egypt - Senegal took on Egypt at the Afcon final and also for the World Cup slot and Salah's Egypt lost twice.

"Selfless Mane created space and tormented defenders with his pace and strength for Salah to score."

Meanwhile, this particular supporter disagreed with claims Mane's decision to quit Anfield was the reason Liverpool are not posting good results.

"Mane is and will always be a legend but this thing about him not being there is the course of our poor form is far from accurate," said @klopps_reds adding: "Bayern have drawn their last two games and some of their fans are saying Mane is a knock-off Lewandowski!

"Everyone just needs to breathe. We'll be fine."

Mane has so far scored three top-flight goals for the Bavarians from five matches. He opened his account in the 6-1 thrashing of Eintracht Frankfurt on August 5.