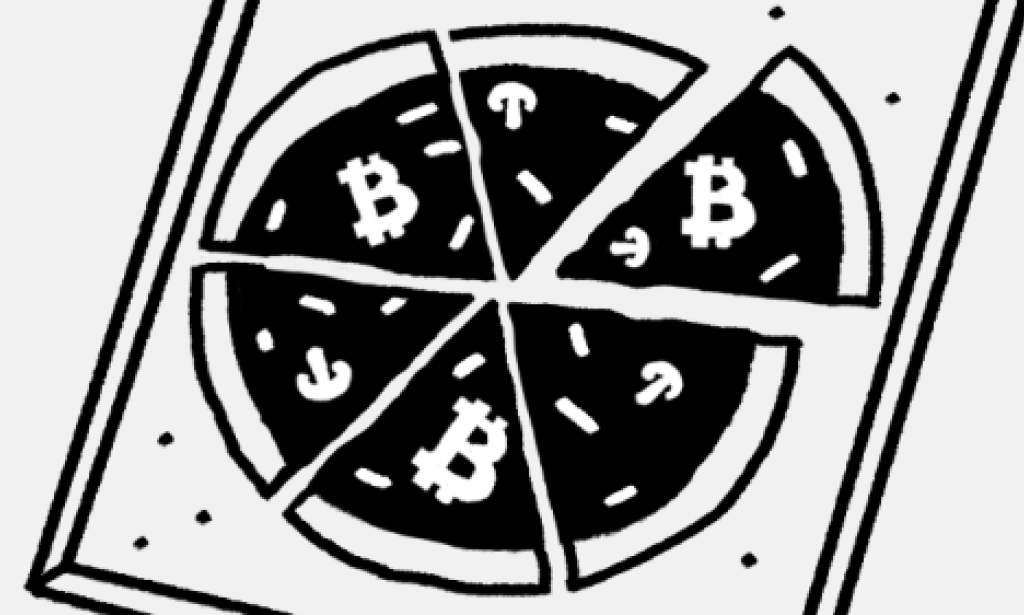 Pizza feast. How is this related to Bitcoin

12 years ago, programmer Laszlo Heinitz bought two pizzas for 10,000 BTC. At that time, this amount was $25, at the current exchange rate — about $295 million. This day has gone down in history, and now on May 22, the world celebrates the day of Bitcoin pizza.

On May 18, 2010, developer Laszlo Heinitz wrote on the BitcoinTalk forum that he was ready to pay 10 thousand BTC if someone ordered him 2 pizzas. No one responded to the first call, so Laszlo updated the post on May 21, and the next day student Jeremy Stardivent ordered 2 mushroom pizzas for him at Papa John's.

Stardivent also did not become a millionaire: he spent the bitcoins he received for pizza with a girl on a trip to America.

But there is more to Heinitz's story than this transaction, even though the legendary pizza purchase has eclipsed his other achievements in the bitcoin space.

The progenitor of GPU mining.

Programmer Laszlo Heinitz got acquainted with bitcoin at the end of 2009 and, before taking up mining, participated in the work on the first release of Bitcoin Core for macOS. In May 2010, Heinitz introduced GPU mining to the community for the first time, which he considered as an experiment.

At that time, bitcoin mining was carried out only at the expense of central processing units (CPUs). No one has thought of more efficient ways to produce a hash.

Heinitz decided that the graphics cards that provide color and graphics of monitors are more efficient than central processors, and are excellent for use in bitcoin mining. The programmer's discovery turned out to be very promising. The hashing power turned out to be increased by 10 times.

Nevertheless, the creator of bitcoin reacted to the discovery without much enthusiasm. After Heinitz shared the GPU mining code with Satoshi Nakamoto, he considered it too advanced for bitcoin.

After that, Heinitz refused to promote his idea. Nevertheless, the developer's invention began to evolve. Shortly after Heinitz posted his code on an open forum in Bitcointalk, other community members used it to create their own versions for Windows, Mac and Linux.

Later, the programmer joked that it would be better to be greedy and keep the code a secret.

As a result, Laszlo gave us not only Bitcoin Core for macOS, GPU mining, but also a huge number of pizza memes. They may not be as significant as Heinitz's other contributions to the development of bitcoin, but they make every May 22 unforgettable.

A holiday means a party and gifts!

In online stores you can see a large number of products on the theme of the holiday. For example, you can easily find a T-shirt or a cup with a beautiful inscription and an image of a delicious piece.

Many crypto platforms announce contests and the distribution of any bonuses related to the holiday. The most popular prize on this day, of course, is a free pizza. And on some sites, you can even win a monthly "subscription" for free pizza. Usually, to do this, you need to wittily answer some question, come up with a new meme, or, for example, most accurately guess the bitcoin exchange rate at the beginning of May 22.

The contests are attended not only by lovers of delicious food, but also by pizzaiolo from all over the world. Last year, one of the major crypto exchanges raffled off $20,000 among 20 winners in the bakers' competition and $50 each among novice bakers. A prerequisite was to bake the "right" bitcoin pizza using the right ingredients.

Pizza DAO, a decentralized blockchain project seeking to unite the global community of pizza fans with the technological potential of Web3, is celebrating this year's Sunday Bitcoin pizza day in an authentic style.

On Sunday, the project will host commemorative events in 100 pizzerias in more than 75 countries, including the United States, Argentina, South Korea, Ethiopia, Australia, Canada, Great Britain and others.

Along with the distribution of NFT and a charity campaign, the events will attract a number of crypto enthusiasts, including 13-time world pizza champion Tony Gemignani, Seth Green, Steve Aoki, the Dogecoin team and others.

Bitcoin Pizza Day has become a permanent cultural event in the crypto calendar since 2017, when the story of the infamous transaction from the blockchain archives became famous.