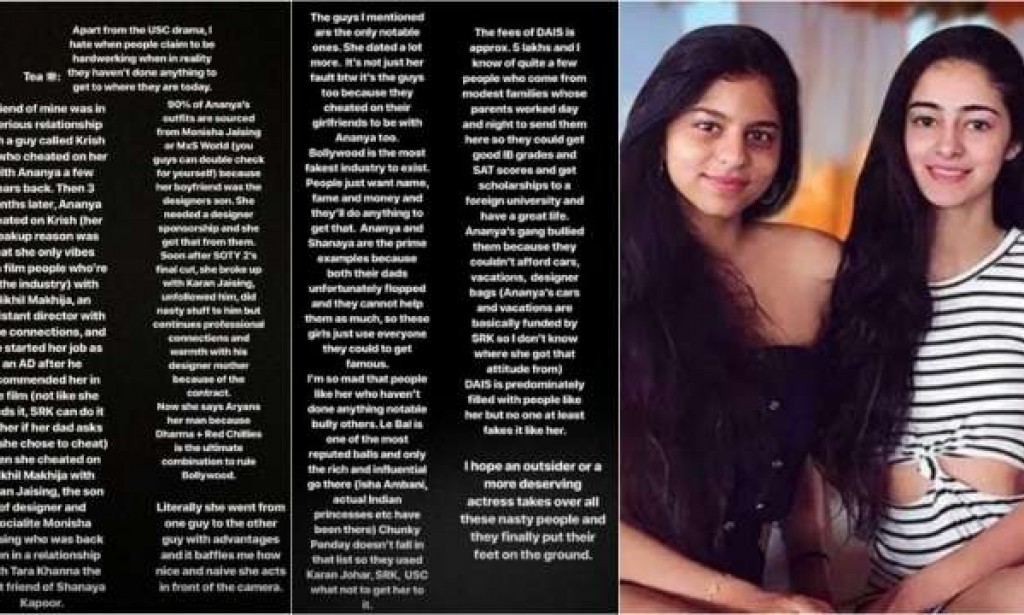 Yes you read the headline right. This is the new revelation done on social media by Ananya Pandey's schoolmate. This girl made some shocking revelation on Instagram and also gave the screenshots of insta stories.

User named by 'Annieeepeee' on Instagram revealed the viral news. She revealed that SRK sponsors and funds most of their expenses, vacations and cars. Well Suhana Khan is her BFF,  but we didn't know the insight of it.

She also made some more shocking revelations about Ananya Pandey's personal life. Once she used to call SRK son Aryan as bhaiya, but now she wants to date him... LMFAO

Also Ananya Pandey's dropping out the offer of USC was also a lie. It was Karan johar's plan to look like keeping her away from nepotism mark. Well well well, it all was lie that even her mother and father agreed to... LOL again.

Also Ananya confirmed it by apologizing on the Instagram.... now what should be call her , A Dumbo..