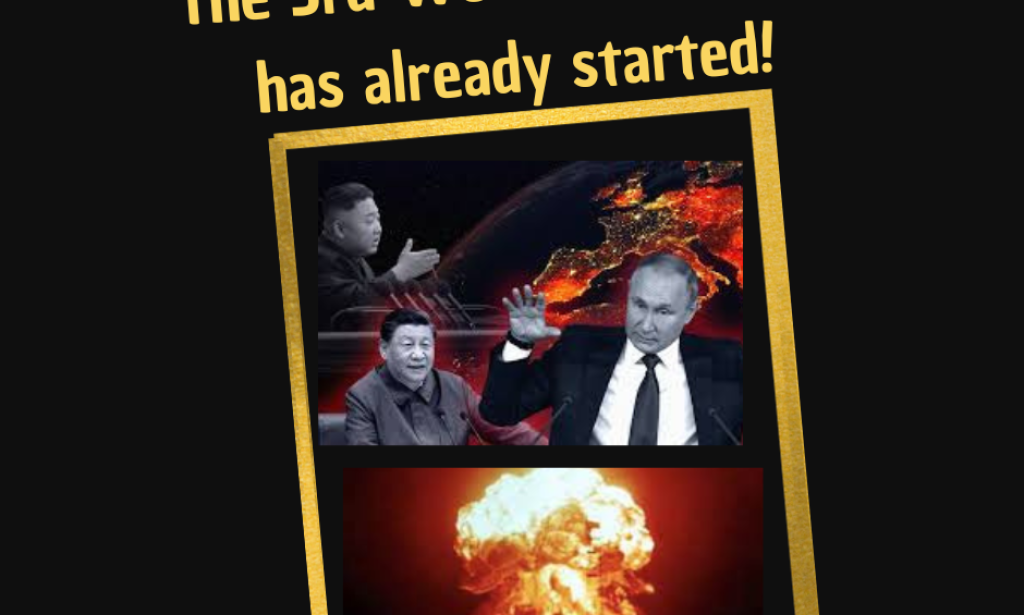 The 3rd World War? She has already started!

Since February 24, the world has feared the specter of a Third World War. The Russian invasion of Ukraine mobilized the Western bloc against Moscow, through the multiple aids given to Kyiv, both military and economic, and also human, diplomatic... Russia is getting closer to China, in an alliance in fact against the United States and the European Union. The rest of the world is polarizing.

The World War has begun, with different weapons than the previous two. For the moment, except for a burst of wisdom.

For three months now, with admirable regularity and commendable tenacity, Ukrainian President Volodymyr Zelensky has been pushing for tougher measures against Russia, in the face of European leaders being taken by the throat by public opinion overheated by their own media and public statements by their politicians. Hatred of the Russian, as Marek Halter points out, tenses up and supplants objective reflection, fueling an inverse and potentially lethal rejection and aversion.

As for the French, German and Italian Heads of State and Government, they wanted to have their picture taken in Kyiv, and they got it… Referred to as “the bad students” of Western unanimity against Moscow by President Zelensky, he did not show his best mood during the photo with his European counterparts. We have known him more smiling, with the Americans, for example, or Boris Johnson. The three responsible seem to have beaten their guilt and drunk the cup to the dregs, accepting everything and the rest. Dangerously.

The caution displayed until then by Berlin and Paris has been shattered, Emmanuel Macron and Olaf Scholz no longer even dare to think of any restraint, now refraining from any reflection, wise moreover, on the need not to humiliate Vladimir Putin, on the need to maintain channels of discussion with him who, cornered, seeks and obtains an alliance with the Chinese Xi Jinping, himself eager to take back Taiwan. Alliances are formed, evoking disastrous precedents.

Before the 1st World War, Germany was perceived as the enemy of France, and vice versa, following the distant war of 1870. Alliances had done the rest. In 1939, the enemy was Hitler and Nazi Germany, and there too the alliances did the rest. Today, two blocks face each other, arms in hand, or at hand, each other's enemies clearly identified, and both sides looking for allies in the world (often through threats and blackmail).

During this time, Germany announced its rearmament (100 billion euros in one go, and 2% of GDP per year, or 70 billion euros). In response, France announced in turn, and through the voice of its president, a policy of strengthening its arsenals. History seems to repeat itself... The Europeans, Russians, and Americans are gruesomely predictable, their leaders have led them into conflicts that are not theirs, and for which they are still exposing themselves today to paying a high price, bringing the rest of humanity!!

The war therefore began, but not on the ground of the Old Continent, as usual. The war this time is economic, plunging millions of people into food insecurity and the brutal rise in energy prices, and therefore of everything else, with the risk of weakening of States, high probabilities of social unrest, and serious prospects of armed conflicts breaking out here and there. For now, the dead are in Ukraine, but soon, next season, it will be Africa's turn to count its own.

On another economic level, the war is already underway, because the objective of the sanctions is to "kill" Russia industrially, agriculturally, scientifically, and technologically. Vladimir Putin constantly warns against the status of co-belligerence which Westerners are getting closer to every day. A simple spark, which would take the form of “the act of too many”, or “the delivery of too many weapons”, is the general explosion.

The world war has therefore already begun, all its ingredients are there, and mutual hatred and mutual incomprehension aggravate them. And as for the World Wars of the 20th century, everyone will lose, the countries of the South because they are poorly armed to protect themselves, defend themselves, and get supplies, and the countries of the North because of the combination of ideologies and egos will cause its ravages. usual.