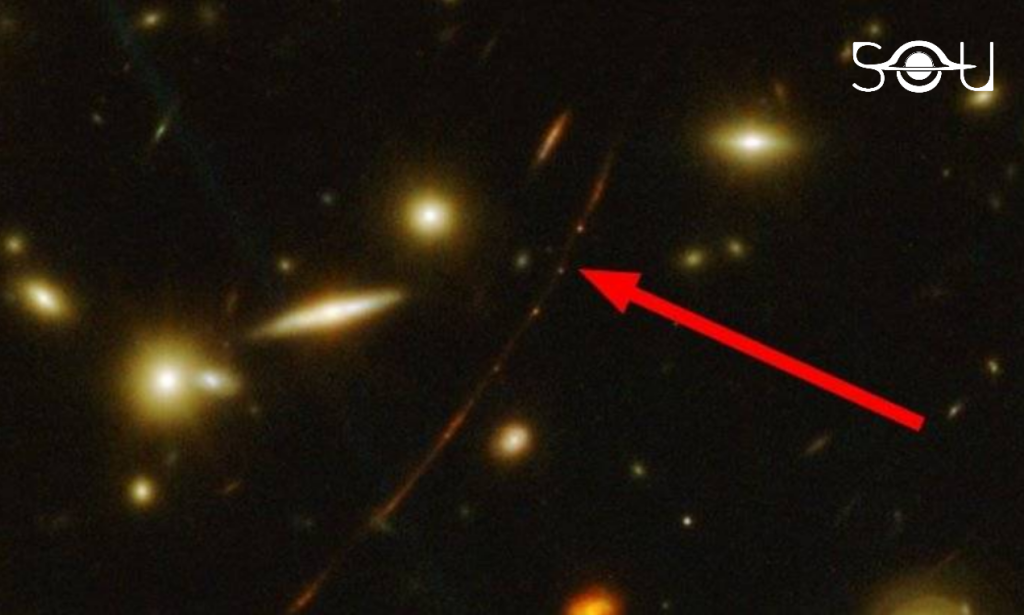 Across countless light years of expanding space that light has shone, reduced to shadow wherever it met dust and rock.

What little remained of those ancient photons was pulled out of shape by the growth of space itself, warping and bending as it skirted the gravity wells of interceding stars and galaxies.

Finally, earlier this year, some of this light fell upon the lens of a telescope orbiting a small, water-logged planet, giving us a look at a truly ancient star.

The images provided by Hubble were extraordinary. But scientists who saw it said this light was special enough to use a different telescope to get a closer look.

Coded WHL0137-LS, though better known for its Tolkienesque name Earendel, the star now holds the record for the earliest, most distant star we humans have ever had the fortune to catch sight of.

So on 30 July 2022, the James Webb Space Telescope turned its attention to the corner of the sky dominated by the constellation Cetus, where this dim, twisted arc of ancient sunlight was last seen.

Its dim rays are so bent out of shape, so thin and stretched, it's hard to tell much about the object that made them. So far we know Earendel is probably hot and big – somewhere between 50 and 100 solar masses. This makes it likely to burn out faster, winking out in a supernova just millions of years after it first sparked to life.

Igniting around 900 million years after the Big Bang, it's unlikely to be among the very first stars in the Universe, though still emerged at a time when heavier elements were somewhat scarce.

Whatever more we can learn from its spectrum will have to wait a little longer. With the JWST capable of discerning details that the Hubble space telescope can't, astronomers might soon be able to glean a few more clues about this new record holder.

Earendel's tired light has traveled so far to get here. Whatever it has to say, we're sure it's worth waiting a little longer to listen to.