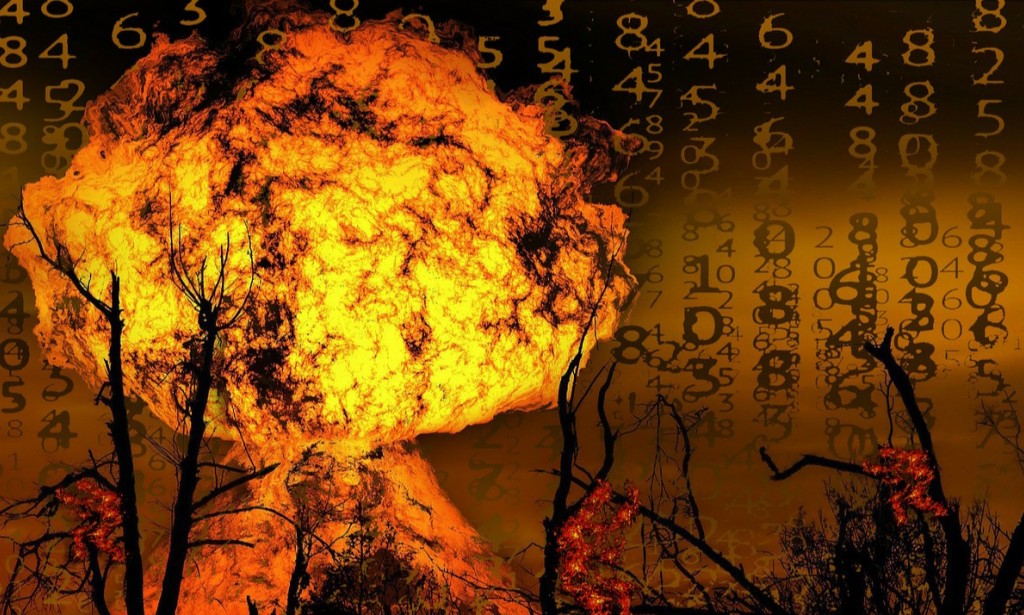 The Ten Most Powerful Explosions in History

There are many great explosions in various parts of the world, both intentional and unintentional, which can destroy the surrounding area. The thunderous explosions were caused by a variety of things such as modern high-explosion, explosions of boiling liquid vapor, gunpowder, oil-based fuels and other chemical reactions. However, it turns out that the explosion didn't just happen decades ago but has been happening for centuries. Here are the 10 most powerful explosions in history:

An explosion occurred on the cargo ship SS Grandcamp in Texas City in 1947. The fire detonated 2,300 tonnes of ammonium nitrate, a compound used in fertilizers and high explosives. This explosion set off a chain reaction with the explosion of an oil refinery as well as a cargo ship carrying 1,000 tons of ammonium nitrate. As a result 600 people died and 3,500 people were injured. This explosion is considered the worst industrial accident in the US.

In 1917, a French cargo ship loaded with explosives for World War I accidentally collided with a Belgian ship in the port of Halifax, Canada. The explosion of these two ships was equivalent to 3 kilotons of TNT which triggered a tsunami as high as 18 meters. Over 1.2 miles from the center of the explosion, there was a total destruction of 2,000 people killed and 9,000 injured. This is the world's largest deliberate explosion.

In 1986, a nuclear reactor exploded in Chernobyl, Ukraine (still part of the Soviet Union). This was the worst nuclear explosion in history because it was 400 times more radioactive than the Hiroshima bomb. About 600,000 people were exposed to high doses of radiation and 350,000 had to evacuate the contaminated area. Until now, the city of Chernobyl is the most dangerous city to visit in the world.

The first test of an atomic bomb was carried out at Trinity Site near Alamogordo, New Mexico in 1945. The explosion was about 20 kilotons of TNT. According to scientists, civilians in New Mexico have been exposed to radiation thousands of times more than anywhere else.

A mysterious explosion near the Podkamennaya Tunguska River, Krasnoyarsk Krai, Russia in 1908. This explosion occurred in a forest area of ​​500,000 hectares, almost the size of Tokyo City. According to scientists, this explosion was caused by an asteroid measuring 20 meters and carrying 185,000 metric tons, about seven times that of the Titanic. The explosion was also 250 times more powerful than the atomic bomb on Hiroshima.

Mount Tambora, located on the island of Sumbawa, Indonesia, exploded in 1815. The power of the explosion reached 1,000 megatons of TNT. This eruption is considered the largest volcanic eruption in history. The explosion that released about 140 billion tons of magma killed more than 71,000 people on Sumbawa Island and Lombok Island. As a result of this explosion, an anomaly occurred in the global climate. The year 1816, the year after the explosion, was known as the year without a summer. In June it snowed in Albany and rivers froze in Pennsylvania, and hundreds of thousands of people around the world died of starvation.

Dinosaurs went extinct 65 million years ago. This extinction occurred when an asteroid falling about 10 km away exploded with a force of 10,000 gigatons of TNT, about 1,000 times the size of the world's nuclear weapons. In addition to the extinction of the dinosaurs, the world was shrouded in dust, sparked a global firestorm, and generated tsunamis thousands of feet away. After millions of years, a 110-mile-wide crater at Chicxulub on the Mexican coast of the world was the site of the explosion.

Comet Shoemaker-Levy 9 spectacularly collided with Jupiter in 1994. The gravity of the largest planet in the Solar System tore the comet into fragments 3 km wide. There are 21 visible impacts. First, it creates a fireball about 3,000 km above the top of the Jovian cloud. Second, the planet Jupier darkened by about 12,000, equivalent to the size of Earth.

Supernova explosions are the most well-known explosions in the entire galaxy. This explosion occurred about 7,100 light years away. It even makes the galaxy bright at night and makes it look like day for months. Every now and then, a star larger than the Sun is damaged and explodes. This explosion made the center of this star collapse in less than a second. Supernova itself is an astronomical event that occurs during the last evolutionary stage of a star's life. Usually ends with a titanic explosion.

The most powerful explosions known in the universe are gamma-ray bursts. The explosion came from a star dubbed GRB 090423, about 13 billion light-years away. The explosion only lasted for a second but the energy was more than 100 times that of our Sun. According to scientists, the size of this star may be 30 to 100 times larger than the sun.