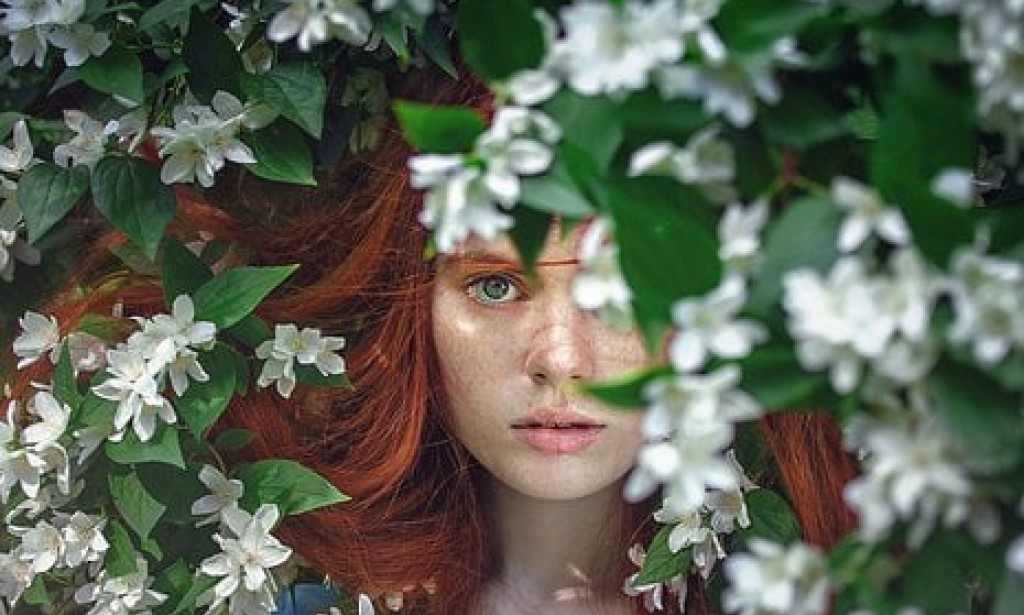 Top 20 Unsolved Mysteries in the World that will Shock You

Throughout history, there have been countless unsolved mysteries that have captivated the minds of people all over the world. From ancient enigmas to modern-day disappearances, these mysteries have challenged our understanding of the world around us and have sparked countless theories and speculations. Some of the most intriguing and perplexing mysteries include the Bermuda Triangle, the Oak Island Money Pit, the Loch Ness Monster, and the Pyramids of Giza. In this article, we will explore the top 20 mysteries in the world, delving into the history and facts surrounding each one, as well as the various theories and explanations that have been proposed. Whether you are a history buff, a mystery enthusiast, or just someone who is fascinated by the unknown, these mysteries are sure to capture your imagination and leave you wondering about the truth behind them. 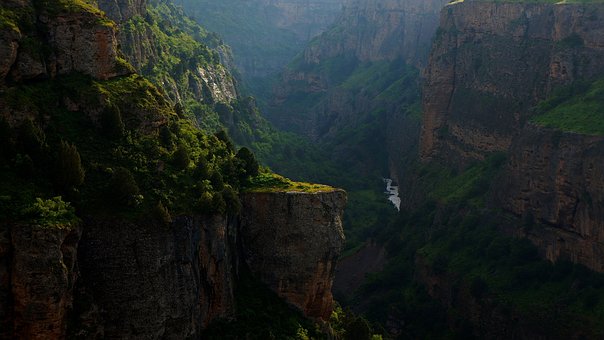 Below are the TOP 20 unsolved MYSTERIES in the world

2. The Oak Island Money Pit: The Oak Island Money Pit is a hole on Oak Island in Nova Scotia, Canada, where treasure hunters have been digging for over 200 years without success. The pit is said to contain a treasure of great value, possibly even the lost treasure of the Knights Templar. Various theories have been proposed to explain the pit, including that it was created by pirates, the Spanish, or even extraterrestrial beings. However, most experts believe that the pit is a natural formation and the stories of treasure are a legend.

3. The Loch Ness Monster: The Loch Ness Monster is a creature said to inhabit Loch Ness in Scotland, with many reported sightings but no definitive proof of its existence. The first recorded sighting of the creature was in the 7th century and since then there have been countless eyewitness accounts and supposed photographic evidence. Theories to explain the Loch Ness Monster include that it is a surviving plesiosaur, a giant eel, or a giant salamander. However, there is no concrete evidence to support any of these theories, and many believe that the sightings are likely to be misinterpretations of known animals or optical illusions.

4. The Pyramids of Giza: The Pyramids of Giza are ancient Egyptian pyramids, the construction and purpose of which is still not fully understood. These massive structures were built around 4,500 years ago and are considered one of the Seven Wonders of the Ancient World. Theories to explain the construction of the pyramids include the use of ramps, pulleys, and levers, or even the involvement of extraterrestrial beings. However, most experts believe that the pyramids were built using a combination of human labor and simple tools, and that they were built as tombs for pharaohs.

5. The Voynich Manuscript: The Voynich Manuscript is an illustrated book written in an unknown script and cipher, which has never been deciphered despite numerous attempts. The manuscript, carbon-dated to the early 15th century, contains drawings of plants, astronomical diagrams, and pages of text in an unknown script. Theories to explain the manuscript include that it is a hoax, a code for alchemy or secret religious knowledge, or even the work of extraterrestrial beings. However, most experts believe that it is a complex cipher or code that has yet to be deciphered.

6. The Nazca Lines: The Nazca lines are large geoglyphs in the Peruvian desert, the purpose and method of construction of which remains a mystery. The lines, which depict animals, plants, and geometric shapes, are only visible from the air and were likely created by removing the top layer of red pebbles to reveal the white ground beneath. Theories to explain the Nazca lines include that they were created for astronomical or religious purposes, or even as landing strips for ancient astronaut. However, most experts believe that the lines were likely created for ritual or ceremonial purposes.

7. The Roswell Incident: The Roswell incident refers to an event in 1947 in which a flying saucer allegedly crashed in Roswell, New Mexico, with the US military claiming it was a weather balloon but many still believe it was an extraterrestrial spacecraft. There have been numerous conspiracy theories and claims of cover-ups surrounding the incident, with some claiming that the military recovered alien bodies and technology from the crash site. However, the US military maintains that it was simply a weather balloon that crashed and that any talk of extraterrestrial involvement is unfounded.

8. The Tunguska Event: The Tunguska event refers to a massive explosion that occurred in Siberia in 1908, destroying over 800 square miles of forest. The cause of the explosion remains a mystery, with theories including a meteor impact, a comet collision, or even a UFO crash. However, most experts believe that it was likely caused by an airburst of a comet or meteor, which would explain the lack of a crater and the widespread damage.

9. The Voyages of Zheng He: The voyages of Zheng He were a series of voyages made by the Chinese explorer Zheng He during the early 15th century. Zheng He's voyages to the Americas and Africa predate Columbus' voyages but are not well-known. This mystery is how Chinese navigators, who were much more advanced than the Europeans at that time, were able to make these voyages and yet they did not establish any colonies or leave any lasting impact on the places they visited.

10. The Black Dahlia Murder: The Black Dahlia murder refers to the unsolved murder of Elizabeth Short in Los Angeles in 1947. Short's body was found mutilated and posed in a gruesome manner, and her murder has been the subject of numerous books, films, and theories. Despite numerous leads and suspects, the case remains unsolved and the identity of the killer is still unknown.

11. The Mothman Prophecies: The Mothman Prophecies refers to a series of strange sightings of a creature called the Mothman in Point Pleasant, West Virginia, in the 1960s. Some believe that the creature is a harbinger of disaster, and the sightings are said to have preceded a bridge collapse in the area. However, the existence of the Mothman is not confirmed by any physical evidence and is largely considered a legend or folklore.

12. The Oak Island Treasure: The Oak Island treasure refers to the supposed treasure buried on Oak Island, Nova Scotia, Canada, which has eluded treasure hunters for centuries. Theories about the treasure range from pirate treasure, to the lost treasure of the Knights Templar, to even the Holy Grail. However, despite numerous excavations and efforts, no treasure has been found, and many believe the treasure is a legend or a hoax.

13. The Beale Ciphers: The Beale ciphers are a set of three ciphertexts said to reveal the location of a treasure buried in Virginia, USA, by Thomas Beale in the 1820s. However, the ciphers have never been deciphered, and their authenticity is debated. Some believe the ciphers to be a genuine treasure map, while others consider it a hoax.

15. The Hinterkaifeck Murders: The Hinterkaifeck murders refers to the unsolved murder of six people in Germany in 1922. The murders were committed in a farmhouse in Hinterkaifeck, near the Bavarian town of Gröbern. Despite extensive investigations and numerous suspects, the killer or killers were never identified and the case remains unsolved to this day.

17. The Zodiac Killer: The Zodiac Killer was an unidentified serial killer who operated in Northern California in the late 1960s and early 1970s. He sent coded messages to the police and newspapers, taunting them and claiming responsibility for several murders. Despite numerous suspects and investigations, the identity of the Zodiac killer has never been confirmed and the case remains unsolved.

18. The Tunguska Explosion: The Tunguska explosion refers to a massive explosion that occurred in Siberia in 1908, destroying over 800 square miles of forest. The cause of the explosion remains a mystery, with theories including a meteor impact, a comet collision, or even a UFO crash. However, most experts believe that it was likely caused by an airburst of a comet or meteor, which would explain the lack of a crater and the widespread damage.

19. The Black Dahlia Avenger: The Black Dahlia Avenger refers to the unsolved murder of Elizabeth Short in Los Angeles in 1947. Short's body was found mutilated and posed in a gruesome manner, and her murder has been the subject of numerous books, films, and theories. Despite numerous leads and suspects, the case remains unsolved and the identity of the killer is still unknown. 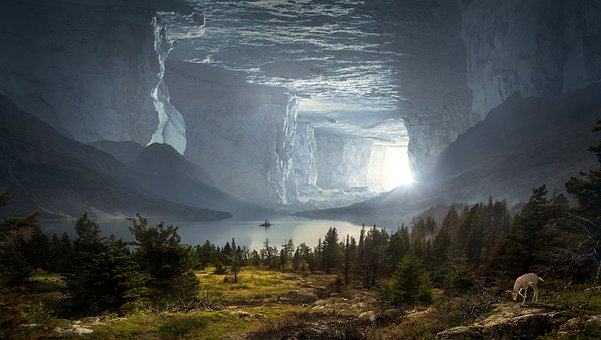