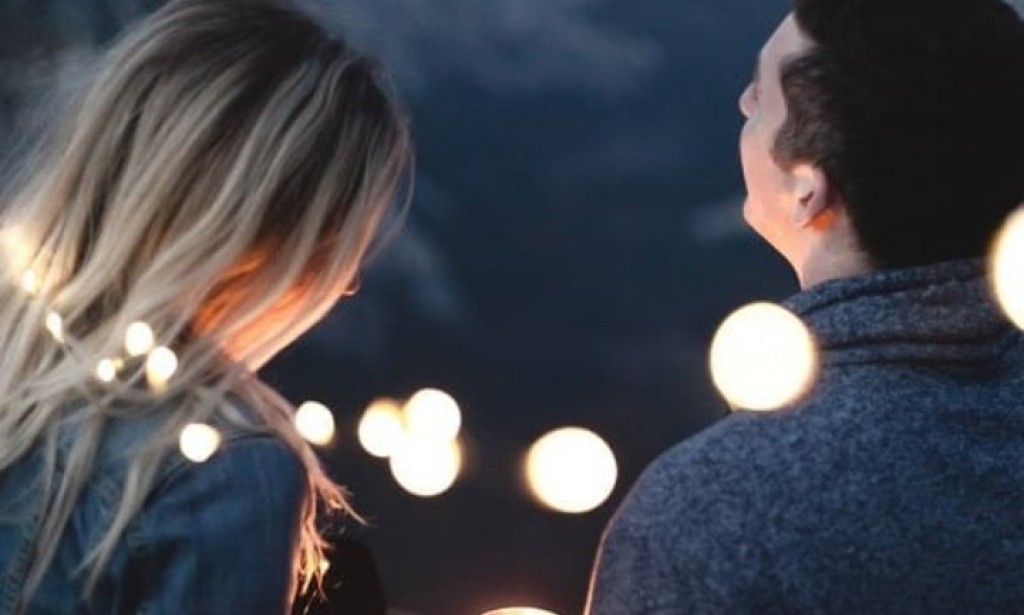 Radhe was roaming in his room, ,, In a moment as if Radhe had seen a pain in her eyes and the same pain in her eyes was making Radhe restless. Radhe took a deep breath,,,,, and moved towards the balcony,,,,, He took out a cigarette and a lighter from his pocket,,,,, (Cigarettes are injurious to health,,,,, we tell We are telling Radhe, brother, but he is not listening to us,,,,

After a while Radhe's mind became calm,,,, then he switched off the light and entered his bed,,,, in no time he was in his dream world.

Dyuti was standing in front of a picture in her room, There were two things,,,, which was dearest to Dyuti,,,, in this house,,,,,, Dyuti brought a lovely smile on her face and said,,,,, I was just a little busy so Couldn't even talk to both of you,,,, Today was a good day,,,,,, Mine,,,,,, Like everyday,,,,, Just miss you both a lot. .. And I have always had only one complaint with you, I did not get your support for a long time. And also few such things were said by Dyuti to her mother.

Oh, I also sat down talking about nothing. Let me go and see,,,, If aunt, or uncle needs anything,,,, Saying this, Dyuti went out of her room,,,,,, and started coming down the stairs slowly. .. She saw that there was no one on the dining table, , Now she is very tired,,,, and she felt that her hand is also hurting,,,,, Because of all this her hunger also died and she went back to her room. Going into the room, she took a look at her hand,,,, the wound was still fresh,,,,, she took some medicine in a cotton,,, and applied it in her hand,  when he pulled his hands back and pursed his lips So that her scream doesn't come out,,,, After a while, Dyuti applied medicine on her hand by blowing lightly.  After that she switched off the light and lay down,,,, even though Dyuti was tired,,,, but still today there were tears in her eyes instead of sleep.  She didn't want to cry at all, but her tears were also stubborn and eager to flow out.

Dyuti was turning restlessly, he could not sleep,

DyuTi got up from the bed,,,, then she looked at the time on the clock,,,, at this time it was 11:55 in the night,,,,, Dyuti quietly left the room and went to the terrace.  , She just went and sat hanging her legs on the ceiling border and started looking at the twinkling stars in the sky.After a while Dyuti felt some relief and she went down to her room and fell asleep,,,,,,, and sleep also filled her in his arms. ,

Dyut got up early and prepared breakfast for everyone. Dyuti's uncle and aunt had breakfast,,,, and then His uncle went out of the house for some work.  And her aunt in her room.  Dyuti also finished her breakfast and after doing all the work she also went to her room.

After some time the doorbell of the house rang,,,,, Dyuti quickly came out of the room and she soon opened the door till then Dyuti's aunt also came out of her room.  Julie was standing at the door, she immediately came inside.  And moved towards Dyuti's aunt.

Julie forcefully asked Aunt showing her teeth;- Aunt, I have some work in the market,,,, and my parents are busy in their work, shall I take Dyuti with me.  Julie said blinking her eyes.

By the way, Aunt Julie did not like anything special,,,, because she always used to take Dyuti out with her by doing such acts.

Yes, but come soon. You are always late.

Julie just showed her teeth, and started saying to Dyuti while going with her to her room,;- Come quickly,,,,,, When both reached Dyuti's room, Julie took a long breath and started saying,; - Your aunt is really a very useless creature,,,, Dyuti stared at Julie.

When Julie's eyes fell on Dyuti, she said while showing her teeth,;- joking,

Dhuti looking at her clothes,;- Why what is wrong with it,,,, let's go like this.

Julie first stared at Dyuti, then moved towards her wardrobe and started looking at her clothes,,,, She took out a light yellow and white colored Patiala suit and while moving towards Dyuti,;- Take it and get ready quickly. .Dyuti took those clothes from Julie without any tantrum,,, because arguing with Julie means hitting your head on the wall. Dyuti quickly changed clothes and came out,,, coming out she made her long hair short.

Dyuti turns to Julie; - Now it's okay. Julie picked up the dot leaf kept nearby and applied it on Dyuti's forehead,;- Perfect. Now come on, Dyuti smiled. And they both went out of the house . 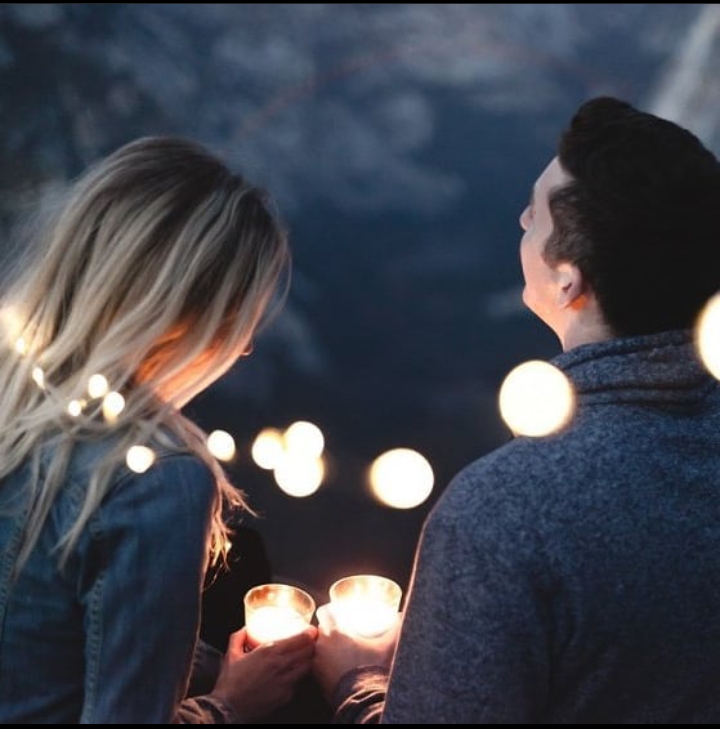 Radhe's sleep had not yet opened, and Ruchi had taken ten rounds of Radhe's room till now. Now he did not wait any longer, he started banging on the door of the room. After some time Radhe opened the door and saw that her little and lovely sister was standing near the door with her mouth wide opend

Ruchi took a look at Radhe,,,, then immediately left from there stomping her feet.

Radhe asked the aunt standing nearby,;- What happened to her.

Aunt,:- You had told me yesterday that today you will take baby ji for a walk and till now you were sleeping,,,, that's why baby ji is angry with you.

Radhe thinking something ;- Hmmm!!!!!  smiling again To aunt;- You will not prepare lunch or dinner for us today.  Today we will eat outside.

Radhe went back to his room and quickly got ready and headed towards Ruchi's room.  (Today Radhe was wearing black jeans with a dark blue shirt, and the sleeves of the shirt were folded, he was wearing a watch in one hand and a thick bangle in the other hand,)

Ruchi was sitting on one side of her room,,,, Radhe went and sat in front of Ruchi,,,,, Ruchi immediately turned her eyes away.  ,Radhe looking at Ruchi,;- Ruchi!!!!! (Ruchi did not give any answer) Ruchi,,,,, we are getting late, you don't have to walk, if your favorite ice cream from your favorite shop is finished,,,,, then don't tell me,,,, And even if your Shah Rukh's movie released, I don't know anything. Ruchi looked at Radhe, Radhe was also looking at Ruchi by making his innocent face,,,, Seeing Radhe like this, Ruchi smiled. Seeing Ruchi smiling, a smile appeared on Radhe's face too. , , , ,

Ruchi immediately stood up and said,;- brother first go to the movie or else I will miss my movie, come ready i am Sending kaki for your help and I will wait for you outside come soon,,,, Ruchi shook her neck in yes.

Radhe sent Kaki to Ruchi's room and went out himself,,,,, He took out his phone and dialed a number,,,,,

A voice came as soon as the call was picked up from the other side,;- Yes Sir!!!!

Radhe directly, :- Book all,,,, saying Radhe disconnected the call without listening to Rohit.

When Dyuti and Julie came a little far from the house, Dyuti asked Julie,;- By the way you didn't tell,,,, which market are we going to!!!!!

Julie said directly :- We are not going to the market.

Julie :- To see the movie, that too Shahrukh's movie.., I had to take something in the market too,,,,,, If I tell your great aunt that I want to go to see the movie with Dyuti, then she will let you go with me. What would you give!!!!! Come let's take an auto, (Julie said without listening to Dyuti's answer and then Julie held Dyuti's hand,,,, but Dyuti immediately released her hand from Julie due to pain,,,, As soon as she released her hand Julie looked at Dyuti and asked her) what happened????

Dyuti Bringing a slight smile on her face,;- Nothing but a small injury in the night.

Releasing his hand from Julie,;- Oh Julie,,,, Don't leave, he will lie down.

Dyuti: Last night when I was coming down the stairs, by mistake my hand touched some sharp object.

When Julie saw dhyti, she immediately went to his other side and grabbed his other hand and started saying, let's take an auto quickly,,,, saying that, Julie immediately stopped an auto by showing her hand. And along with Dyuti, she sat in the auto, as soon as she sat down, the auto driver started the auto.

After some time the car stopped in front of a mall, both Julie and Dyuti came out of the auto and after paying went towards the mall.

Please Do Your Comments And Reviews.